Welcome to friends and all our gite guest's who of course have become such good friends over the many years.
For more on your holiday just exclusively for 2 persons CHECK IT OUT
Visit Gone Fishin instead of just a Wishin.
Or perhaps just enjoy this "whats been going on" at Gone Fishin' and also keep up to date with the exchange rate of the day calculator " supplied by courtesy of TorFX" . Don't forget to save us in your "favourites" for instant access every day so you can catch up with pound to sterling exchange rate.

Welcome to all our friends

Welcome to all our friends

Chandeleur celebration in France .. What does it mean?

What celebration is held on February 2nd 2020Sunday in France? 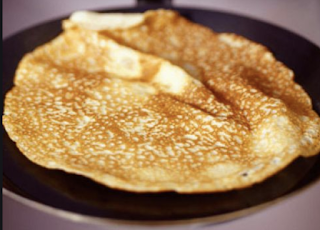 The Chandeleur is a Christian holiday (Holy day) celebrated every 2nd February, 40 days after Christmas.

Chandeleur comes from the word festival of candles which is translated from the Latin festa candelarum for the faithful to celebrate the bright light of Jesus as well as the purity of the Virgin Mary.

Indeed, the chandeleur ( Candelmas) commemorates the presentation of Jesus in the temple, the Jewish tradition that every male first born in the family is brought to to the temple in order to be consecrated to the Lord.

This time corresponds to the time during which mothers were considered unclean by Jewish law after after childbirth, so they were prohibited from going to a place of worship .
Once this time had passed, mothers could go to the temple to make an animal sacrifice and this recover their purity.


On the day Mary and Joseph took Jesus to the temple, the gospel of Luke tells that a man whose name was Simeon arrived and said he was told by the holy spirit that he would not die until he has seen the Messiah.

He then took baby Jesus in his arms and said “Lord, now you let your servant go in peace according to your words. For my eyes have seen your salvation. You have prepared this moment for all peoples to enlighten the nations and glory of Israel.

How Does France Celebrate the Chandeleur (Candelmas) ?

Enjoy a cheerful video on its tradition


In the Catholic religion, the chandeleur gives rise to a blessing of candles, then a candlelight procession to the church where a solemn Mass is held, in order to remind the faithful of the ascent of Joseph and Mary and bringing Jesus to the temple at the end of this mass, each faithful brings home a candle that has been blessed according to local or national traditions.


What Other Popular Culture Derives from the Chandeleur or Pancakes as More Commonly Known.


This festival is also associated with pancakes that are cooked on this occasion in tradition that goes back to the custom of handing out pastries to pilgrims coming to Rome or more simply, to remember that the end of winter is approaching and that will all have food supplies.

This practice, which combines the feast of enlightenment with the consumption of this desert,is also reflected in the Jewish tradition of eating doughnuts during the festival of Hanukkah, festival of the lights of Judaism

Another tradition whilst making the first pancake, it is common to toss it up in the air several times in a row in order to ward off the bad spell for the coming year.
This old tradition reports also that peasants used to do this by holding a coin in the left-hand or for the rich people it would be gold in order to attract happiness and prosperity to them.

In Luxembourg the current tradition is a torchlight procession. T
he reason is that children can go walking the streets in groups during the evening of February 2 holding a lamp or a baguette.


Celebrate in the United States and Canada it is associated with the festival on February 2 called Groundhog Day where tradition dictates that the groundhogs reaction to the exit of its burrow is observed. If she comes out and doesn't see her shadow because of the clouds in the sky it's a sign that will that winter will end soon. On the contrary, if it says shadow due to a clear sky it will mean that winter will last another six weeks.
New thoughts should now emerge when eating pancakes..

Posted by Jen and Alan at Gone Fishin at 19:43 No comments:

THIS IS NOT A FISHING HOLIDAY, JUST A BONUS IT'S FREE
this site is enjoyed by leisure fishing enthusiasts
https://gonefishin-holiday4two.com
or those that just want to enjoy the ambiance with picnics by our lake watching fish jumping and kingfishers swooping. Enjoy.
https://2france4two.com

What were we doing in the month of.... 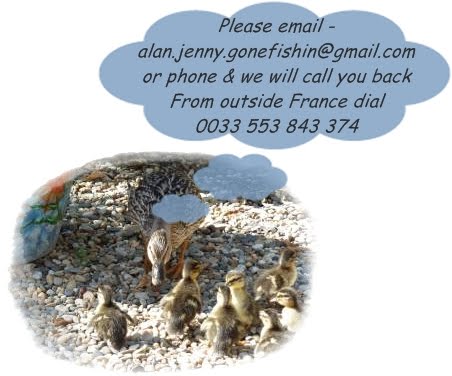 Your Exchange Rate Today is...